part of my camera case

Seen in Troyes (France)
Posted by Gattina at 5:00 AM 3 comments:

My friend Charlie suffers from an itchy rash at his "elbows". I suggested that he wore a T-shirt instead of this ugly Tudor collars which made him so unhappy. Doesn't he look handsome ?

Don't swing your hips if you take a pictures from there ! The results can be very surprising

These are supposed to be my curtains

Arthur was bored looking at my gymnastic

Next week's theme : something funny
List of all themes here

Skies over Brussels
Posted by Gattina at 5:00 AM 5 comments:

Rack for empty bottles
Posted by Gattina at 5:00 AM 3 comments:

What shall I do with all these keys ?
Posted by Gattina at 5:00 AM 8 comments: 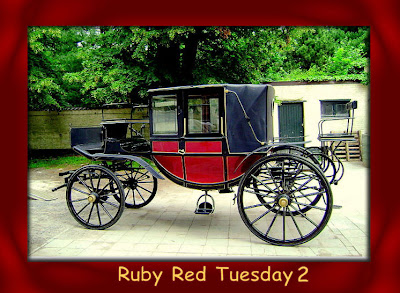 Friend's dogs and a "homeless"

After 44 years of marriage and the books we inherited, the basement is full and Mr. G's room a library !

A French Encyclopedia from 1972

"Modern" encyclopedia in German from 1972

Enciclopedia Illustrata in Italian from 1954

Schiller's books in German from 1847

Agatha Christie in French from 1963

An old family bible from 1810 in German

and another Bible from 1916, but I can't read to whom it belonged. Probably my father's family.


Next weeks theme : A shot from your hip
Theme list in the sidebar