Saturday was a "Balloon Parade" in Brussels. Of course Brussels' symbol the Manneken Pis (Little man piss) was not missing.

Maneken Pis is a statue from the 14th century and its history is written here in the Wikipedia'.

"In the 14th century, Brussels was under siege by a foreign power. The city had held their ground for quite some time. The attackers had thought of a plan to place explosive charges at the city walls. A little boy named Juliaanske from Brussels happened to be spying on them as they were preparing. He urinated on the burning fuse and thus saved the city."

This is the original which is visited by millions of tourists all over the world. He also has around 600 costumes offered from all countries !

This was the picture which violated poor Photobuckets terms of use ! I wonder what use ?? 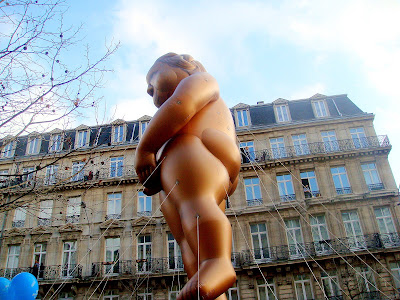 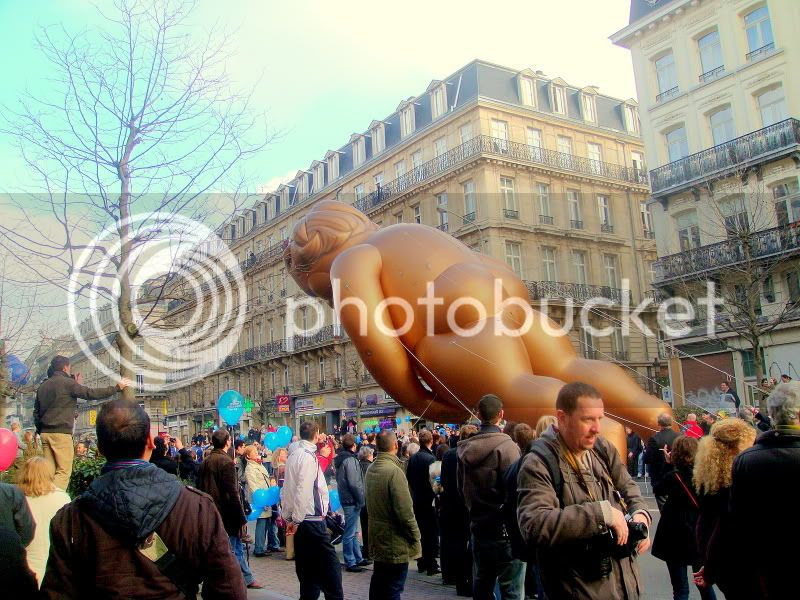 Here he had to bent because of the electrical wires. 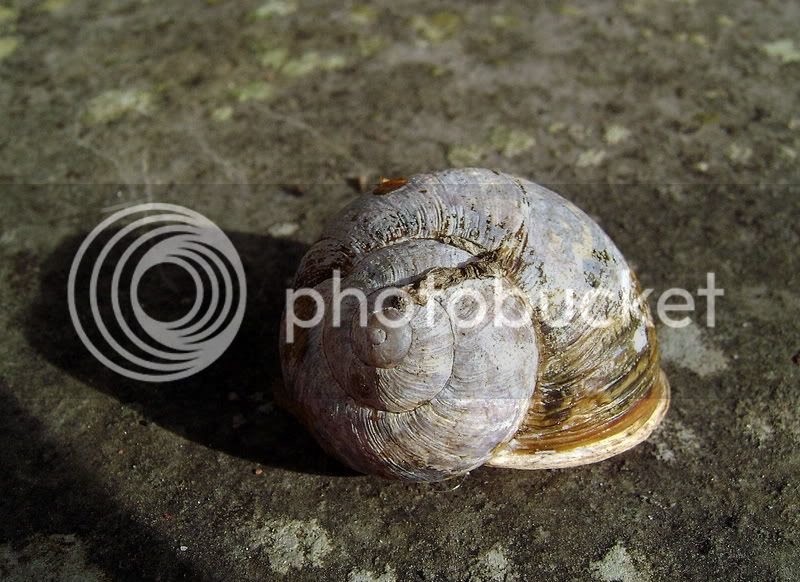 Not that I am waiting for "fresh" snails in our garden, but I found an empty house from last year !

And the first photograph made me laugh :):):)

Funny the "Baloon Parade" (I imagine there were caricatures of politicians too!) and very nice the macro photograph.

The child seems so big as a balloon, lol.

Love the abandonned house you found :)

I don't know that I'd want him traveling above me!

The first is hilarious and the close ups are so sharp.

I love the close up of the snail!!

Oh goodness at that balloon!

Even the second photo would have been a great Odd Shot!

I am glad you included people in the other picture - the scale did not register in the first.
Great entry.

Oh, I see you have critters in your garden too! Nice photo of the shell.

I love the balloon! If they flew that here in the states there would be protests from the penis puritans!

There are quite a few folks under the fountain!

This picture is so funny. Thanking for sharing this. I never would have imagined a balloon like this one.

Thanks for visiting my blog too. I love your design. I see you like animals too.

Empty is the only type of snail I like.

Naked balloons!! Whatever will come next?

I am happy to say we have no snails in our garden, and are generally spared their cousins the slugs as well. In damper areas of our state the slugs come in sizes up to 4 or 5 inches (about 15 cm.)

OMG! That is Brussels' symbol!? You all have a great sense of humor! Please tell me it is has a meaning like "blessed with rain" or something! Here in the U.S. people would be making complaints all over the place. But he makes me laugh! I'm just glad that wasn't your macro shot! I love the snail "house"... amazing structure of nature.

Dianne said it - here there would be contention over that balloon!
Love the little snail house.

wow ! you get a kind of Carnival. In our country, we used to say that people of the North of france are used to have fun when it's time to celebrate festivals.

An empty house ! You're so funny, Gattina. Almost fossilized !

I have also a little balloon today in my post...but snails are the nightmare to me. I mean the new type of snails here in Sweden which are eating all flowers and green things up in gardens.

OMG, that is so funny! Great captures!

I am laughing so hard! I would never have thought they would make him into a balloon! Love your snail too!